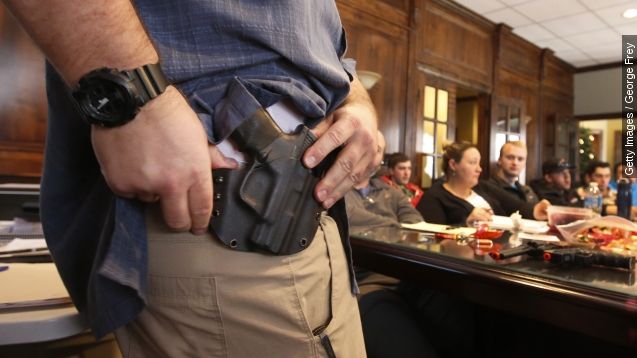 SMS
Here Are 5 Laws That Went Into Effect In 2016
By Ben Lawson
By Ben Lawson
January 1, 2016
From gun control to pet protection, here are five interesting pieces of state legislation that went into effect with the new year.
SHOW TRANSCRIPT

You now have to be 21 to smoke or vape in Hawaii.

Lawmakers say it's because most smokers start before that age.

In Texas, guns carried in shoulder or belt holsters no longer need to be hidden.

Some believe the visibility could deter mass shootings.

Illinois is giving financial incentives to pharmacies that dispense painkillers in bottles with combination locks. They're aimed at preventing drug abuse and drug-related deaths.

Also in Illinois, you'd better keep those pets out of the car.

During extreme cold or heat, leaving a pet in your vehicle could get you a year in jail or a $2,500 fine.