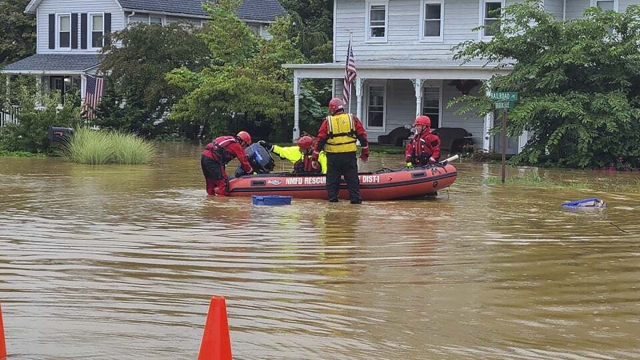 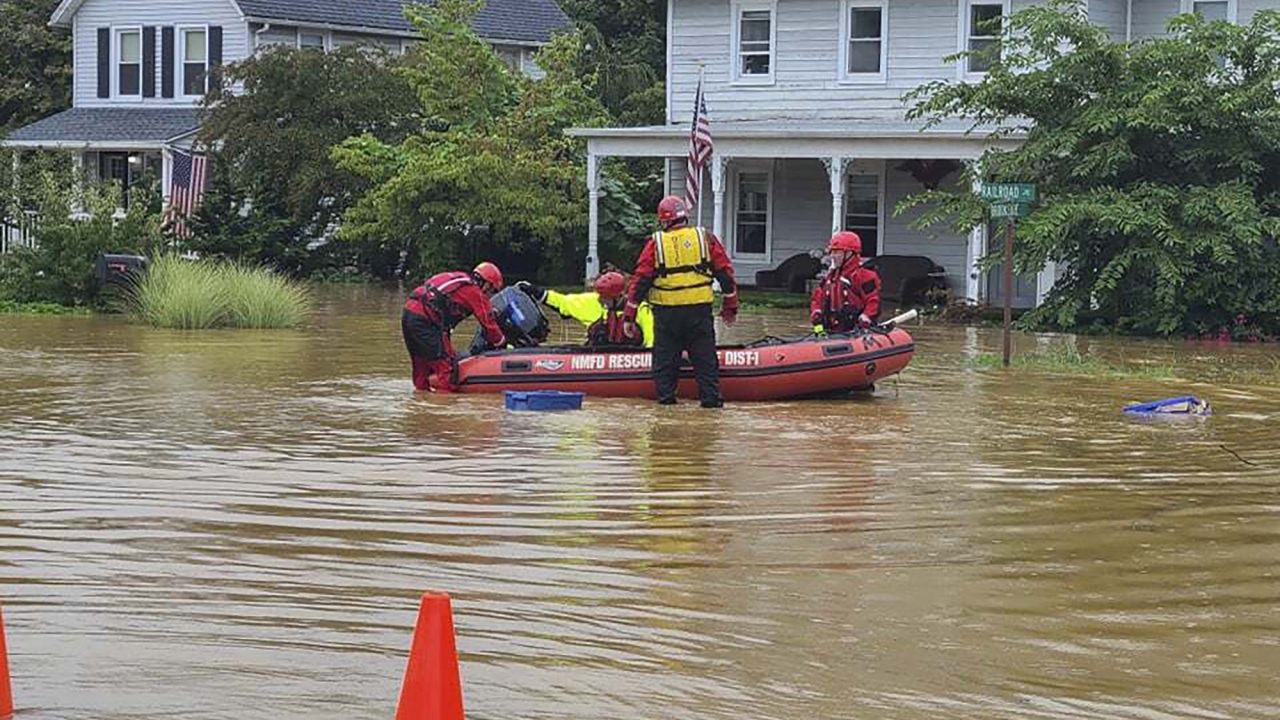 The slow-rolling system named Henri is taking its time drenching the Northeast with rain, lingering early Monday atop a region made swampy by the storm's relentless downpour.

Henri, which made landfall as a tropical storm Sunday afternoon in Rhode Island, has moved northwest through Connecticut. It hurled rain westward far before its arrival, flooding areas as far southwest as New Jersey before pelting northeast Pennsylvania, even as it took on tropical depression status.

Over 140,000 homes lost power, and deluges of rain closed bridges, swamped roads and left some people stranded in their vehicles.

Beach towns from the Hamptons on Long Island to Cape Cod in Massachusetts exhaled from being spared the worst of the potential damage Sunday. Other areas of New England awaited the storm's return.

The National Hurricane Center said Henri is expected to slow down further and likely stall near the Connecticut-New York state line, before moving back east through New England and eventually pushing out to the Atlantic Ocean.

By Monday morning, the system was moving east at just 1 mph. 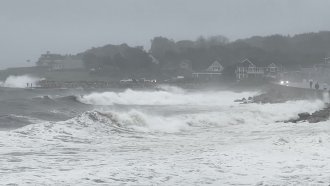 Henri produced 3 to 6 inches of rainfall over many areas Sunday, with isolated higher totals. An additional 1 to 3 inches was forecast through Monday for parts of Long Island, New England, southeast New York, New Jersey and eastern Pennsylvania.

New England officials fretted that just a few more inches of precipitation would be a back breaker following a summer of record rainfall.

“The ground is so saturated that it can flood with just another inch of rain,” Connecticut Gov. Ned Lamont warned late Sunday.

In the central New Jersey community of Helmetta, some 200 residents fled for higher ground, taking refuge in hotels or with friends and family, as flood waters inundated their homes Sunday.

“It came so quick — in the blink of an eye,” said the town’s mayor, Christopher Slavicek, whose parents were spending the night after fleeing their home. “Now there’s clean up. So this is far from over.”

President Joe Biden has declared disasters in Massachusetts, Rhode Island and Connecticut, opening the purse strings for federal recovery aid to those states.

“We’re doing everything we can now to help those states prepare, respond and recover,” said the president, who also offered condolences Sunday to Tennessee residents, after severe flooding from an unrelated storm killed at least 22 people and left dozens missing.

When Henri made landfall near Westerly, Rhode Island, it had sustained winds of about 60 mph and gusts of up to 70 mph.

Some communities in central New Jersey were inundated with as much as 8 inches of rain by midday Sunday. In Jamesburg, television video footage showed flooded downtown streets and cars almost completely submerged. In Newark, Public Safety Director Brian O’Hara said police and firefighters rescued 86 people in 11 incidents related to the storm.

In Connecticut, about 250 residents from four nursing homes on the shoreline had to be relocated to other facilities. Several major bridges in Rhode Island were briefly shuttered Sunday, and some coastal roads were nearly impassable.

Other communities awaited for sunrise to survey the damage already wrought.

Linda Orlomoski, of Canterbury, Connecticut, was among those without power late into Sunday.

“It’s supposed to get nasty hot and humid again on Tuesday,” she said. “If we still have no power by then, that will be miserable.”