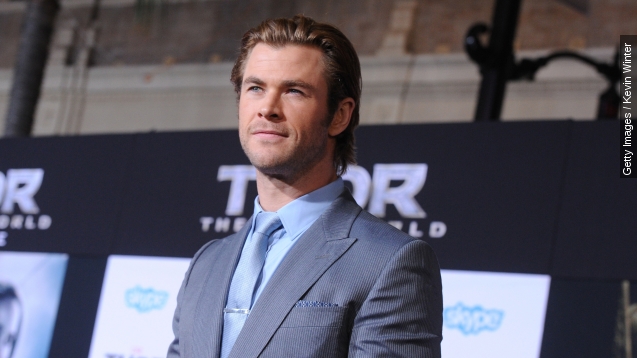 Hollywood studios seem to be shifting away from their old way of promoting movies.

On Wednesday, Paul Feig, the director of the female reboot of "Ghostbusters," announced Chris Hemsworth will be joining the cast on Twitter. He simply said, "Our receptionist," with the hashtag #whoyougonnacall.

Instead of giving trailer "first looks" to shows like “Good Morning America” and the "Today" show, they’re letting the stars, directors and producers of the movies release those promotions on their social media accounts.

When people finally saw Jared Leto's first Joker promotional picture for the upcoming Batman villain flick, it wasn’t on the cover of a magazine like Entertainment Weekly or even from the Warner Bros. studio.

The film's director, David Ayer, tweeted the picture to his 110,000 Twitter followers, which subsequently initiated a storm of reactions.

Not only did the director release the first look, but "Suicide Squad" doesn’t even have an official Twitter or Instagram.

Similarly, the first image of Ryan Reynolds’ "Deadpool" mask was posted on his Twitter.

So what has caused the shift in the way studios promote their upcoming movies?

For starters, celebrities, directors and producers already have an established fan base. If 20th Century Fox started an official account for "Deadpool," it would take time to grow a significant following to use the account to promote big trailer releases.

It's also more engaging. If you see the first trailer of "Jurassic World" posted on Chris Pratt's account, you’re likely to pay more attention to it — or even better — repost it, than you would if it came from Universal Studios' account.

In a way, people might think they're Pratt's friend — like, "Hey! Check out what I've been working on."

From a cost standpoint, The Wall Street Journal says this type of promotion is also way cheaper than buying something like a $4.5 million, 30-second Super Bowl TV spot.

But PR Daily says this traditional method has a downside: If a studio decides to give an exclusive trailer to, say, "Good Morning America" over the "Today" show, you’re likely going to make the executive producers at "Today" very angry.

By releasing something on social media, like when Jennifer Lawrence posted the first "Hunger Games: Mockingjay - Part 2" picture on her Facebook, a studio keeps all media outlets on its side, since it's neutral in how it's promoting the film.

There's also a big risk to using this newer method to promote movies. In relying on stars' accounts, where more personal posts are often made, studios run the risk of someone posting something inappropriate or something that'll outrage followers.

For example, in 2013 Shia LaBeouf posted emails between himself, his Broadway co-star Alec Baldwin and their director Daniel Sullivan during a Twitter rant after Baldwin likened LaBeouf’s theater skills to that of a "celebrity chef."

So, here's the thing to keep in mind, studios: If you’re going to use your movie stars to promote films, use those you aren't going to have to worry about when you aren't looking over their shoulders.

This picture includes images from Getty Images and music by Brenticus / CC BY 3.0.