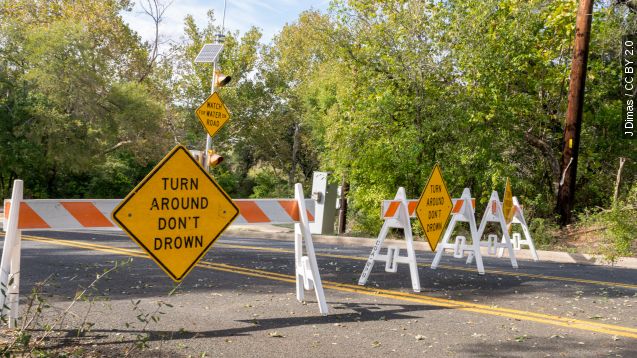 At least six in Texas are dead after storms, heavy rain and tornadoes battered the state over the weekend.

The Houston area was among the hardest hit. Houston received about 12 inches of rain since Friday, which caused widespread flooding. Authorities believe two deaths are related to the weather.

Multiple EF2 or lesser tornadoes also touched down in the area.

"Most of these homes that sustained damage were hit with branches and tree limbs. This one you can see has been split right open from the roof," KPRC reports.

It's the same storm system that moved through parts of Austin and San Antonio early Friday.

Texas is still recovering from the remains of Hurricane Patricia. The hurricane slammed into Mexico's west coast before moving northeast into Texas.

By late Saturday, the Houston Fire Department had responded to more than 100 water rescues. Officials are still assessing the extent of the storm damage.