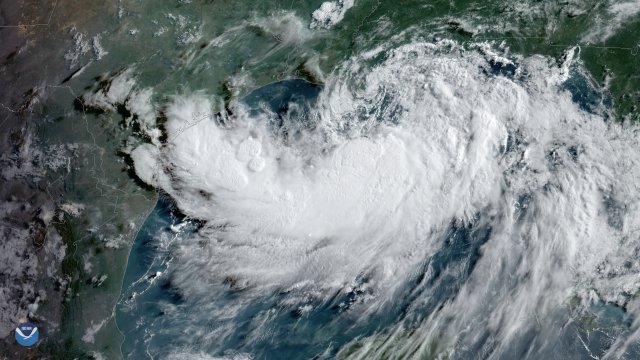 Today's hurricanes are likely to drop more rain, and our cities have to deal with it. Experts have some ideas for better preparations on the ground.

Hurricanes are bringing more rainfall with them — and experts say our flood control practices need to change to manage the expected surge in water.

Jim Blackburn teaches environmental law and sustainable design at Rice University. He told Newsy in an email that looking ahead to the risks of future rainfall will be critical. The key question, he says, is "What should we be planning for?"

One broad answer is more severe floods. A 100-year storm, or a rain event so rare that it only has a one percent chance of happening in a given year, will now put more water on the ground than it did before. Blackburn points to Harris County, Texas, which saw almost four feet of rain in places during Harvey. It's updated its regulations for buildings in floodplains, to account for higher potential water levels.

Another option is to buy up flooded coastal development and convert it into a natural buffer that can better absorb the effects of flooding.

More Rain From Hurricanes Is Changing How We Study Them

Climate change causes hurricanes to drop more rain. Now, meteorologists are working to understand where it all comes from.

Or just don't build at all. Blackburn says he has high hopes for preservation programs like the Texas Coastal Exchange, in which landowners on the Texas Gulf Coast can get grant money if they agree to keep natural landscapes pristine and undeveloped.

This could all help mitigate rainwater that researchers agree is on the way in the years ahead. Scientists expect that general warming and more moisture in the air could increase rainfall from hurricanes another 10-15%.