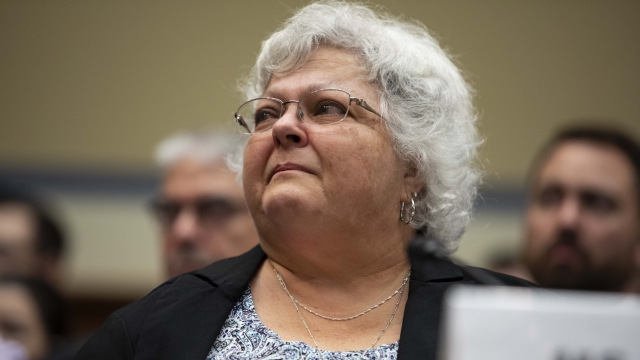 The mother of the woman who was killed during a far-right rally in Virginia is suing her daughter's murderer.

Susan Bro filed a $12 million wrongful death lawsuit against James Alex Fields Jr. on Friday. Fields drove his car into a crowd of people protesting a "Unite the Right" rally in Charlottesville, Virginia, in 2017. He killed Bro's daughter, Heather Heyer, and injured more than two dozen others.

Bro told local newspaper The Daily Progress that she's not interested in Fields' "blood money," but wants to make sure he'll never profit from selling the rights to his story or publishing a memoir. She said she "want[s] to show others that there are serious consequences for actions of hatred and violence" and that "this lawsuit is a way to continue to extinguish hatred."

A Virginia judge sentenced Fields to life in prison plus 419 years back in July after he was convicted of first-degree murder and multiple counts of malicious wounding. That was on top of the federal life sentence he received in June after he pleaded guilty to 29 hate crime charges.