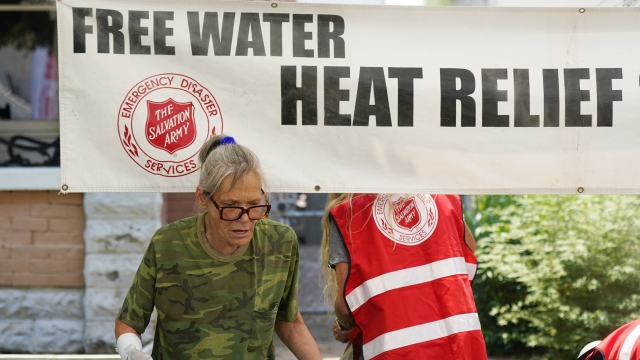 We've been talking about scorching temperatures in the west, fueling fires in states like California and Arizona.

Now the pacific northwest will face its own heat wave in the next couple of days.

Forecasters say that could create issues like the ones we saw last week, straining power grids and putting vulnerable people in danger.

So here's what officials want you to do: stay inside during the hottest parts of the day, and to keep a close eye on kids, pets and the elderly.

This is something to think about — many homes in the region do not have air conditioning.

On Sunday, temperatures are expected to hit 100 degrees in Seattle and 107 in Portland, Oregon.

Some perspective: Seattle has only recorded triple-digit temperatures twice in more than 75 years.

Let's get back to Arizona, where firefighters remain busy on the front lines. A wildfire in southeastern Arizona shut down Interstate 10 — a busy coast to coast freeway — for several hours yesterday.

Crews had to push the fire away from the highway before reopening.

There was a bit of relief for firefighters yesterday after some light showers, but the state is still hot and dry.