Congress Could Change The Process For Getting Gun Silencers 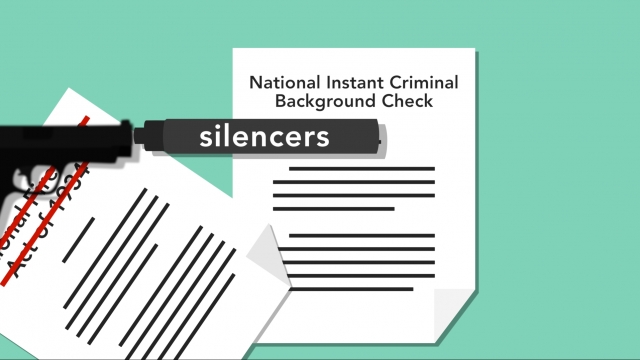 SMS
Congress Could Change The Process For Getting Gun Silencers

By Lauren Stephenson
March 14, 2017
Bills introduced in both houses of Congress are aimed at expediting the process of getting a silencer and removing the tax associated with it.
SHOW TRANSCRIPT

If you want a gun silencer, you need to follow the same steps people have been taking since 1934: Pay a $200 tax, fill out an application and get some patience. It currently takes about eight months to get approval.

The tax hasn't been raised since it was implemented as part of the National Firearms Act of 1934. According to the Bureau of Alcohol, Tobacco, Firearms and Explosives, the tax was "considered quite severe and adequate to carry out Congress' purpose to discourage or eliminate transactions" of silencers and firearms subject to the act.

Some members of Congress want to do away with that process and make it easier for people to get silencers.

Members in both houses have introduced bills called the Hearing Protection Act of 2017.

Under the act, silencers — also known as suppressors — would no longer be subject to the checks laid out by the National Firearms Act. Instead, they would be subject to an National Instant Criminal Background Check.

While silencers don't actually silence shots, they do muffle them. 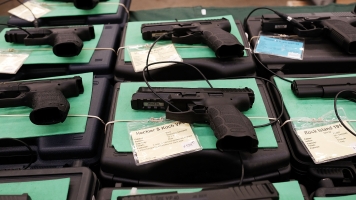 Is The Gun Background Check System Flawed? We Take A Look

"It's about hearing protection. It's a health issue, frankly, for me," Donald Trump Jr. told SilencerCo during a visit to its Utah headquarters in September 2016.

Silencer advocates, including Trump Jr., argue the devices prevent hearing loss and make hunting safer. They say hunters will be more aware of their surroundings if they don't have to wear hearing protection.

But opponents aren't buying that the bill is really meant to prevent hearing loss. And they worry gun silencers will only pose more of a threat to public safety.

They say the use of silencers — including in mass shootings — could lead to more fatalities because it would be harder for people to hear gunshots.

A similar silencer bill stalled in 2015. But now that Republicans control both houses of Congress and the White House, they have a better chance.

The Washington Post obtained what is supposedly a report from the associate deputy director of the ATF. The report suggests a consideration that silencers be removed from the National Firearms Act.