HealthCare.gov Opens For Browsing Ahead Of Nov. 15 Launch 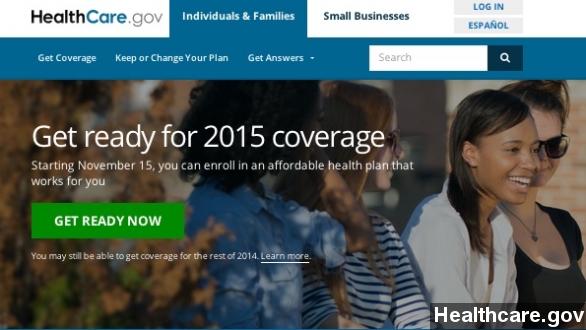 SMS
HealthCare.gov Opens For Browsing Ahead Of Nov. 15 Launch

By Jay Strubberg
November 10, 2014
Sunday night, a few days ahead of its November 15 launch, the agency went live with a new-and-improved and — hopefully — glitch-free HealthCare.gov.
SHOW TRANSCRIPT

PRESIDENT BARACK OBAMA: "Clearly we and I did not have enough awareness about the problems in the website. Even a week into it."

It's a mess the Obama Administration — or, more specifically, the Department of Health and Human Services — is obviously looking to avoid this time around.

Sunday night, a few days ahead of its Nov. 15 launch, the agency went live with a new-and-improved and — hopefully — glitch-free HealthCare.gov.

"How do you find a health insurance plan that fits your budget and meets your needs?

Unlike last year, the government is encouraging citizens to shop around before enrollment so users can weigh their options to get the best savings possible. (Video via Healthcare.gov)

The website's CEO is quoted in USA Today admitting "things will not be perfect" but says he's confident the application process will be "simpler faster and more intuitive" this time around.

A writer for Vox points to a couple key advantages for this year's launch: for one, improved functionality. As a government health official says, it operates "how a modern website should work." And two, simplicity: "The old application had 76 pages. The new one has 16."

The Obama Administration says another big website enhancement is that Obamacare can handle twice as many as users over last year — as many as a quarter-million at any given time. Still, the healthcare program isn't out of the woods yet.

The Supreme Court said Friday it's reviewing the legality of key tax credits applied to residents of more than 35 states.

Many outlets say the Affordable Care Act would be dealt a serious, if not lethal, blow if the high court rules against those tax credits, which were the only thing making healthcare affordable for many buyers.

Plus, in general, the Administration might face an uphill battle getting more uninsured people on-board the program — especially after the disastrous fumbling of its initial launch last year.