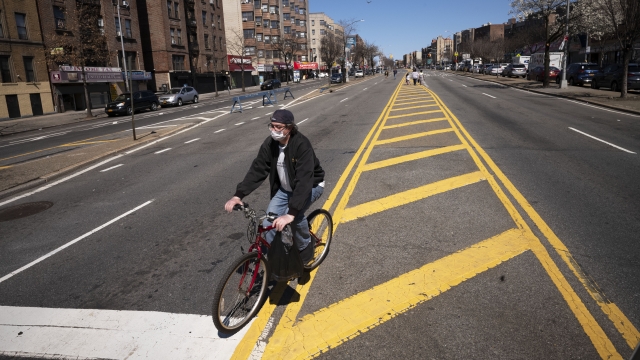 Social distancing measures put in place in the U.S. may be starting to slow the spread of the coronavirus in some parts of the country.

A recent Gallup survey found that a majority of Americans are engaging in social distancing.

According to the polling, 72% of Americans are avoiding public places like restaurants and stores, 87% are staying away from mass transit and air travel and 92% are avoiding mass gatherings.

President Trump has extended federal social distancing guidelines until April 30. Under those guidelines, elderly people are urged to stay home and all Americans are advised to avoid gatherings of more than 10 people.

The U.S. currently has the most confirmed cases of the coronavirus in the world — topping Italy, Spain and China. The White House said fatalities from the virus will likely peak by mid-April. Officials predict as many as 240,000 Americans could die from COVID-19.