Health Costs ​Could Hinge On Where — Not How — You Die 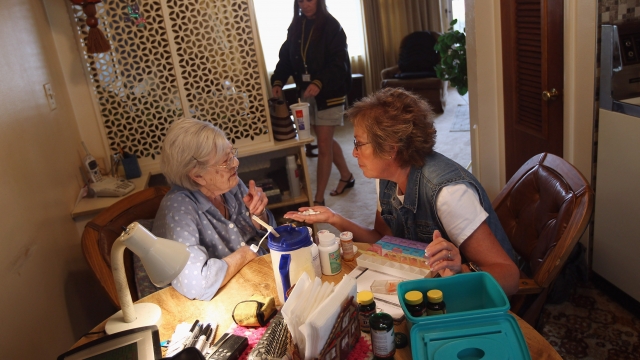 Arcadia Healthcare Solutions looked at the last year of life for nearly 2,400 patients and examined where they spent their last year and how much their health care cost.

The assertion that dying in a hospital is costly is not new. Researchers with the University of New South Wales reviewed dozens of studies and found a third of elderly patients with chronic, irreversible conditions received unnecessary medical treatment at the hospital.

So how could families avoid unnecessary end-of-life spending? The lead researchers said, "An honest and open discussion with patients or their families is a good start to avoid non-beneficial treatments."

But while doctors tend to believe it's their role to start those conversations with patients, they say they're not always equipped to carry the patients' plans through.

They note patients' electronic health records often lack a place to note an end-of-life plan, and less than one-third of doctors reported having any formal training to talk to patients and their families about end-of-life care.