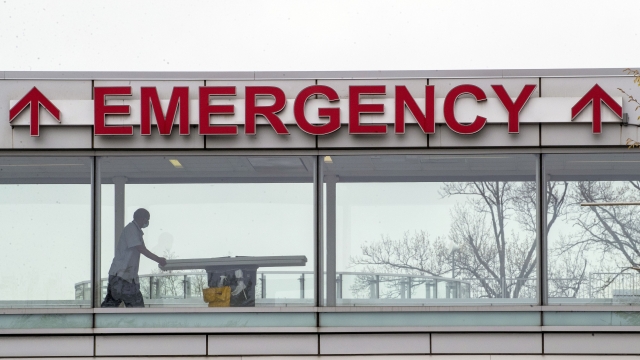 SMS
Health And Human Services Hasn't Allotted Most Hospital Relief Funds
By LeeAnne Lowry
By LeeAnne Lowry
June 3, 2020
Democrats and Republicans have been critical of the slow distribution of relief they say was intended to be sent quickly.
SHOW TRANSCRIPT

The Department of Health and Human Services still hasn't allotted billions of dollars in aid to hard-hit hospitals and health clinics. That's according to Politico.

The funding is part of the CARES Act, which was signed into law in March. That legislation and an interim relief bill set aside $175 billion to support hospitals and clinics struggling financially during the pandemic. About $100 billion still hasn't been distributed.

The slow relief efforts have been hard on health centers. Many have furloughed staff and almost 2,000 have temporarily closed across the country.

Lawmakers on both sides of the aisle have complained about the holdup. U.S. Sen. Ron Wyden, the top Democrat on the Senate Finance Committee, said: “It’s clear that the Trump administration’s distribution of this aid has been poorly targeted and too slow in coming.”

Republicans on the finance committee have been privately critical of health officials, threatening to speak out publicly if the funds aren't sent soon.

A Health and Human Services Department spokesperson told Politico that officials are proceeding cautiously to ensure that the money is distributed properly.