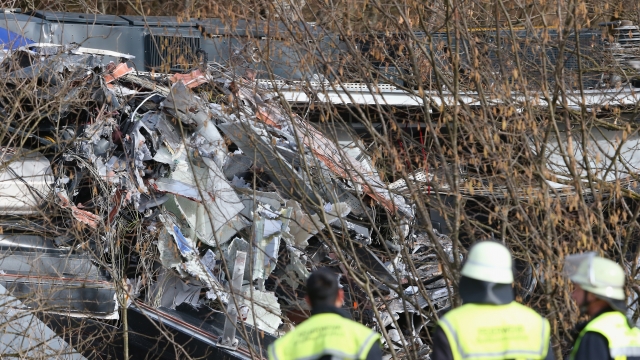 SMS
Head-On Train Collision Kills At Least 9 In Southern Germany
By Ryan Biek
By Ryan Biek
February 9, 2016
Around 150 people were injured when two trains on a single track crashed in Bavaria. Many were trapped in the wreckage.
SHOW TRANSCRIPT

Police say both trains were on a single track when they crashed. The collision caused them to partially derail and wedge together, trapping many passengers inside. (Video via Bayerischer Rundfunk)

German police initially said all who survived the crash had been freed from the wreckage, but officials later told AFP two people are still missing. (Video via Bayerischer Rundfunk)

The trains' drivers and two train guards were reportedly among the dead. No schoolchildren were on the trains due to local carnival holidays.

The train company said in a statement the cause of the crash is still unclear. (Video via BBC)