Director Of US Citizenship And Immigration Services Resigns 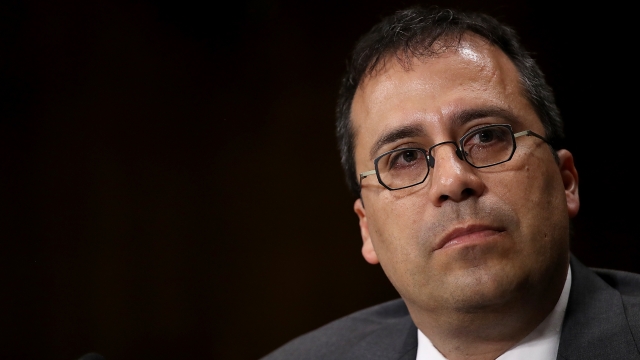 SMS
Director Of US Citizenship And Immigration Services Resigns
By Ethan Weston
By Ethan Weston
May 25, 2019
The Trump administration was reportedly frustrated with the speed at which USCIS was working and how it exercised its authority.
SHOW TRANSCRIPT

The director of Citizenship and Immigration Services has resigned at the president's request.

L. Francis Cissna helmed the service for nearly two years. His departure comes amid a leadership shakeup at the Department of Homeland Security and has been rumored since last month.

The department he is leaving behind is responsible for administering legal immigration benefits — including green cards and citizenship.

But the administration was unhappy with the speed at which the USCIS was working and was concerned it wasn't "going far enough," CNN reports.

Now, multiple outlets are reporting former Virginia Attorney General Ken Cuccinelli is expected to replace Cissna. But a spokesperson for USCIS told Newsy it could not confirm who Cissna's actual successor would be.