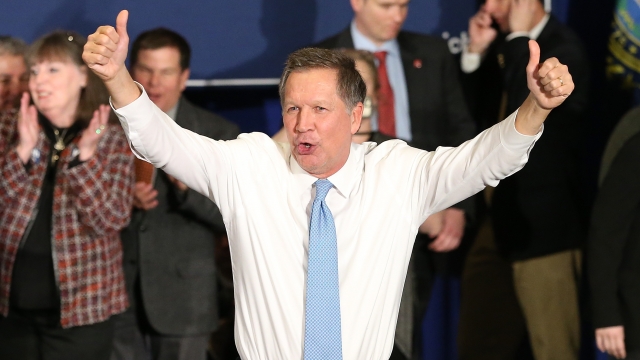 Republican presidential candidate John Kasich may be less of a dark horse now that he's scored an endorsement from the former speaker of the House.

The Ohio governor currently trails both Marco Rubio and Ted Cruz in terms of endorsements from sitting government representatives. He does, however, lead Donald Trump.

Washington, D.C.'s residents were found to be the most liberal in the past and Wyoming's the most conservative.

Kasich has fared much better in more liberal-leaning states so far. In fact, some have said his popularity among liberals has hurt him in trying to earn the Republican nomination.

But Boehner's endorsement may gain a lot of conservative voters' attention. Before he became speaker of the House, Boehner received several 100 percent conservative ratings from a number of political organizations.

This video includes clips from John Boehner, C-SPAN, CNN  and Kasich for America and images from Getty Images.