He's In: Rick Santorum Is Making Another Presidential Run 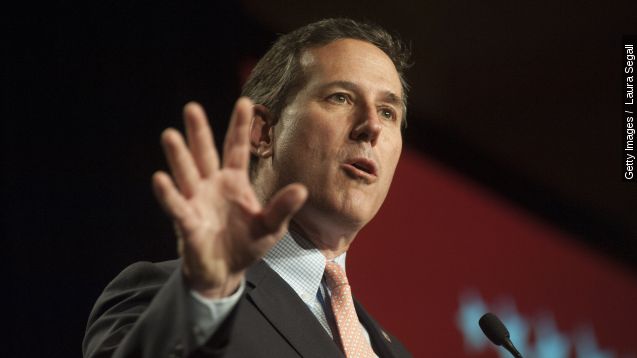 It's official. Rick Santorum is running for president.

This is the second go at it for the former Pennsylvania senator, who ran for the GOP nomination in 2012 — winning 11 primaries and caucuses, including Iowa.

"Game on." (Video via Rick Santorum)

Santorum won those contests by appealing to the party's social conservatives, and he's indicated he'll again make social issues — like abortion and gay marriage — a focus of his campaign. (Video via Rick Santorum)

"Talking about what we can do to help strengthen that family structure is going to be certainly a part of the campaign," Santorum told Fox News.

But this time around, he'll face more competition for the evangelical and social conservative vote.

To appeal beyond that voting bloc, The Washington Post reports Santorum is expected to focus more on economic issues than he did in 2012.

He's one of the few Republican contenders calling for an increase in the minimum wage.

"Let's not make the argument that we're for the blue-collar guy but we're against any minimum wage increase," Santorum told MSNBC.

Santorum has his work cut out for him. He currently ranks about 10th in the GOP field, according to a RealClearPolitics national polling average.