He Didn't Win 'Jeopardy,' But He Won Our Hearts 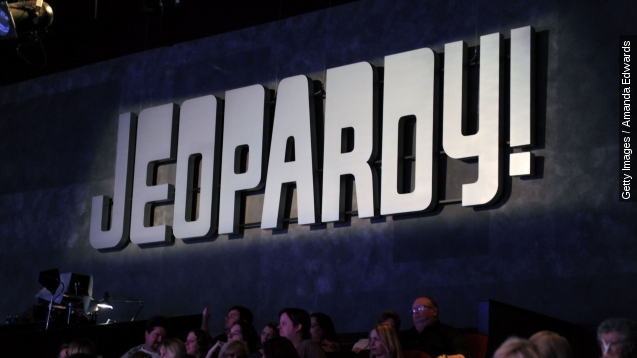 Social media can't get over "Jeopardy" contestant Tom Flynn or his model behavior.

The social media universe fell in love or at least became fascinated with the New York bartender Monday.

Many on Twitter noticed when Flynn wasn't winning cash, he spent an awful lot of time looking into the monitor.

He was racking up quite a bit of money until the final round when this happened.

"Now, he stared at this for a long time and was unable to write anything down, so he will lose $8,400," Alex Trebek said.

To be fair, the answer has to start with "what" — so he got that part right. (Video via CBS)

It's okay. Maybe Flynn had another goal besides winning the grand prize.