HBO Wants All The Jon S — Ahem, 'Game Of Thrones' It Can Get 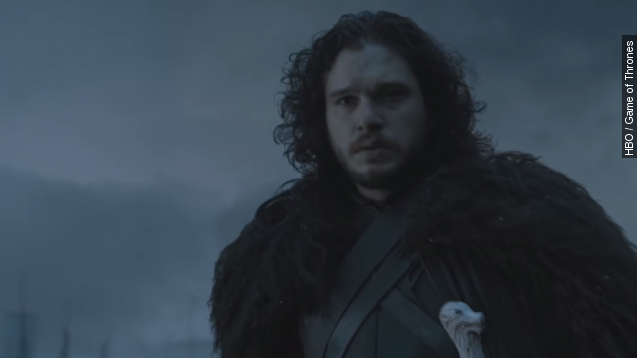 SMS
HBO Wants All The Jon S — Ahem, 'Game Of Thrones' It Can Get
By Ben Lawson
By Ben Lawson
July 31, 2015
HBO's programming president has said he wants "Game of Thrones" to run for eight seasons and says a prequel series is possible.
SHOW TRANSCRIPT

Lombardo told reporters he thinks "Game of Thrones" will run for eight seasons, and he would be willing to do more if showrunners David Benioff and D.B. Weiss are on board. (Video via HBO)

That's actually a season beyond what Benioff and Weiss said they were shooting for last year.

But thanks to the show's massive success, it seems HBO is all about "Game of Thrones" right now. Twenty million people apparently tuned into the show last season, and the audience continues to grow. (Video via HBO)

Lombardo said he would even be interested in a prequel series if he could get Benioff and Weiss on board.

"I think you're right, there's enormous storytelling to be mined in a prequel, if George and Dan and David decide they want to tackle that," Lombardo said.

But there don't seem to be any plans in motion right now. He said the showrunners are currently focused on figuring out the remaining seasons of their current show. (Video via HBO)

And, of course, since he was talking about "Game of Thrones," he had to touch on whether Jon Snow is actually dead. (Video via HBO)

"Dead is dead is dead," Lombardo said, which is kind of starting to feel like a company line at this point.

One of the show's directors, David Nutter, responded the same way earlier this month.

"Jon Snow is deader than dead," Nutter said. (Video via Flicks And The City)

However, no one seems convinced. Maybe instead everyone should be asking if Jon Snow will actually stay dead.