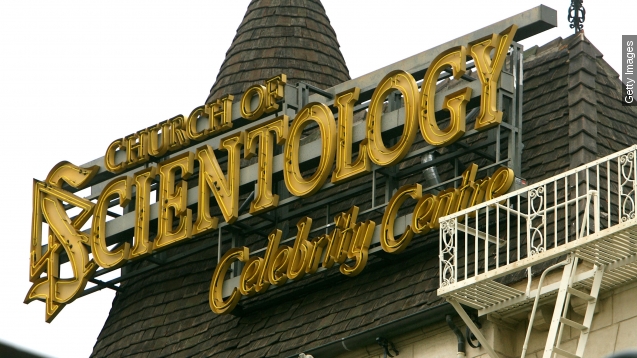 The Church of Scientology really, really does not want HBO's documentary "Going Clear: Scientology and the Prison of Belief" to be seen by mass audiences.

The documentary, which originally premiered on HBO in March, opened to 1.7 million viewers, making it the highest-rated documentary for the network since 2006.

But now, the film is allegedly facing threats from church members as it attempts to reach an international market.

Director Alex Gibney told The Hollywood Reporter, "Every step of the way, every distributor, every festival has received multiple threatening letters from the Church of Scientology."

In an interview with The Guardian, Gibney spoke on his inspiration for the film, saying, "A lot of stuff on Scientology in the past had been very focused on the wacky stuff and neglected the broader context."

But the Church denounces the doc, telling The Hollywood Reporter that it is "biased, one-sided and containing numerous inaccuracies."

The Church was so angry it created an entire website dedicated to discrediting the sources in Gibney's flick.

The website, called Freedom Magazine, refers to Gibney as the "Doctor of Propoganda," saying "when it comes to propaganda, the doctor is in."

Back in April, U.K. broadcaster Sky canceled plans to air the film after the Church threatened a lawsuit under Irish libel law. Sky halted airing the film throughout the U.K.

And although the Church has intimidated broadcasters, it hasn't scared off theaters. The film has aired in England, Scotland, Canada, Australia and Italy and has grossed over $248,000 in those markets.

"Going Clear" will also have nontheatrical releases in major markets like France, Germany and Japan.