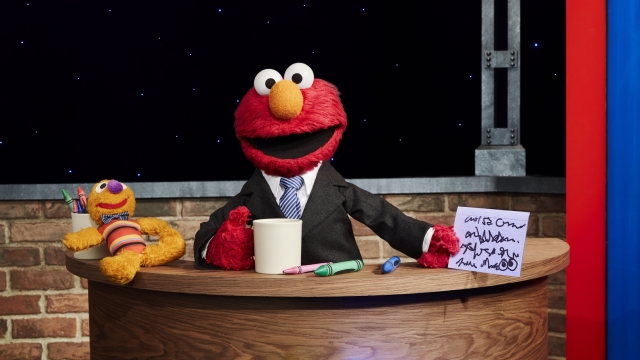 HBO Max is launching at a time when viewers are likely to spend more money on streaming.

Months into the pandemic, self-quarantined eyes are still glued to streaming.

Professor Jorge Barraza: "Honestly, I feel like I'm kind of, like ... I'm out of content. Which sounds absurd! Because when it comes to Netflix, they have this massive library."

Even with so many platforms and original series available on demand, some viewers may still feel like they've exhausted their options.

Enter HBO Max. The platform is launching May 27 with exclusive titles from franchises like DC Universe, Studio Ghibli and Sesame Street.

"Elmo has a new talk show called 'The Not-Too-Late Show with Elmo'!"

But during a time when the word "essential" is tied directly to consumer decisions, are people willing to invest extra dollars into entertainment?

Barraza: "They had their conception of how much they're spending on entertainment. But now they can't go to the movies. They can't go to a baseball game, right? … So there's this kind of a fine line where it's like, well, streaming platforms are actually relatively cheap."

The latest Newsy-Ipsos survey found that most people are spending the same on streaming. But of the people who are spending differently, only 4% of respondents said they were spending less.

That's good news for the forthcoming release of HBO Max. Despite having to shutter more than 30 productions due to the pandemic — including plans for a "Friends" reunion — the platform is still launching with around 10,000 hours of video.