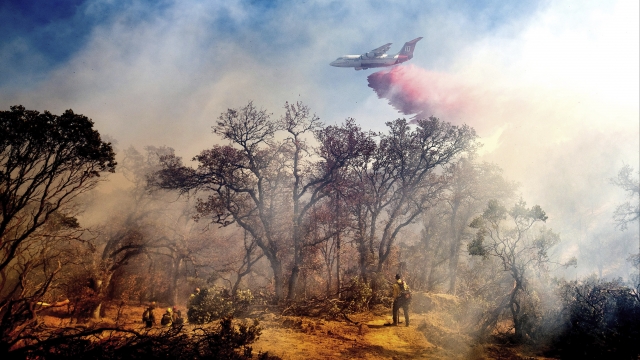 Alex Livingston: "Well, some really rough weather conditions are still in the forecast today for parts of California, prompting officials to issue warnings about extreme fire danger. Here with more is Newsy's Katherine Beak. Now, Katherine, how are these weather conditions different from what we've seen previously this fire season?"

Katherine Biek: "Well, specifically, these are the most favorable weather conditions we've seen all year for starting wildfires, which is really saying something, since California is currently in the middle of its worst season on record now. The National Weather Service issued red flag warnings over the weekend for much of Northern and Central California. And those warnings say windy and dry conditions that are expected to last well into Tuesday could not only prompt new fires but also caused them to spread very quickly. And meteorologists say some areas could see wind gusts measuring 70 MPH, which would make them the strongest winds California has seen all year. And humidity levels are measuring in the 5 to 10% range right now, so these really are the perfect weather conditions to contribute to extreme fire behavior, Alex."