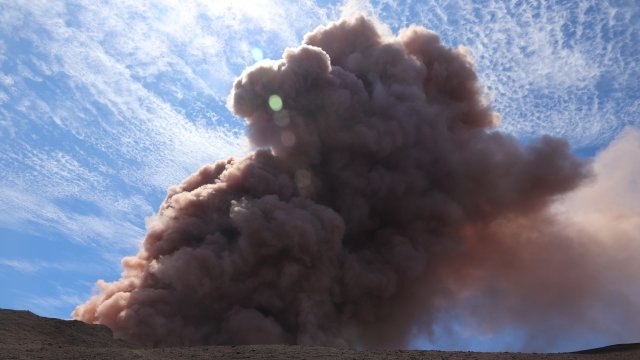 SMS
Hawaiian Volcano Eruption Releases Toxic 'Vog' Into The Air
By Tyler Adkisson
By Tyler Adkisson
May 7, 2018
Lava and explosions from Hawaiian volcanoes can cause physical damage, but they also emit an odorless, invisible gas that can make people sick.
SHOW TRANSCRIPT

The Kilauea volcano has destroyed buildings and wildlife under slow-moving lava. But the recent eruption could also spread health problems across the Hawaiian islands.

A toxic gas called vog, or volcanic smog, is created when magma releases gaseous sulfur dioxide into the atmosphere. When this compound mixes with sunlight, water and dust, it creates air pollution similar to the emissions from coal-burning power plants. 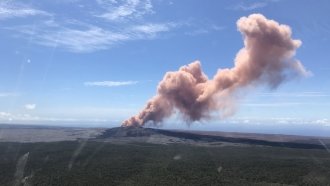 Volcanoes naturally produce this sulfur dioxide. But during eruptions, they release larger-than-usual amounts through fissures and vents. That can be deadly for people who have cardiovascular or respiratory issues, and it may lead to an uptick of certain ailments. After Kilauea erupted in 2008, researchers found local health clinics reported twice as many severe sore throat cases, and three times the number of headaches.

And vog can affect more than just people living near the volcano. If trade winds are blowing, volcanic smog can either taper off over the ocean or spread from one island to the rest. That's what happened in 2016: Winds carried volcanic smog from Kilauea to other Hawaiian islands more than 200 miles away.