Hawaii Wants To Ban Sunscreens That Cause Severe Bleaching In Corals 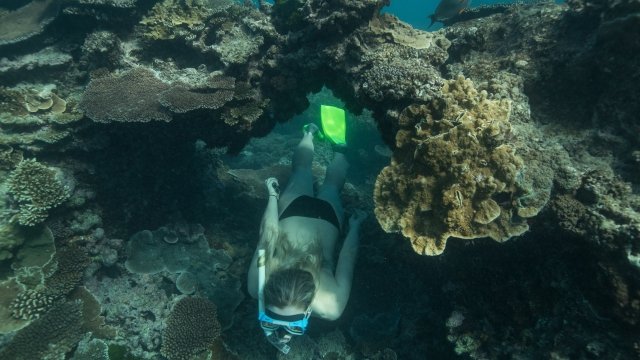 SMS
Hawaii Wants To Ban Sunscreens That Cause Severe Bleaching In Corals
By Tyler Adkisson
By Tyler Adkisson
July 2, 2018
Oxybenzone has been shown to cause coral bleaching, and it gets in ocean waters partially because of sunscreen runoff.
SHOW TRANSCRIPT

Hawaii is expected to pass what may be the world's first-ever legislation banning the sale of sunscreens containing coral-damaging chemicals. The move might seem small compared to other reef-saving initiatives, but Hawaii gets a lot of beach-going tourists — and the chemicals in their sunscreens are especially bad for coral reefs.

One of the worst chemicals is oxybenzone, a common UV-blocking material which keeps us from getting sunburned. It can be found in 70 percent of sunscreens on the U.S. market today. And when people go swimming, it's often washed off in the water and stays there. 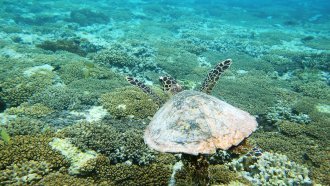 When oxybenzone comes in contact with juvenile coral, it causes its skeleton to overgrow. It also causes infections in the algae that live in corals, which leads to bleaching.

It doesn't take much oxybenzone to cause this, either. Research shows that significant bleaching can occur where sunscreen makes up less than a milliliter of every liter of water. It also causes coral to completely bleach in only 96 hours, which is relatively fast compared to other causes of bleaching like ocean acidification.

If the Hawaii bill is passed, it would go into effect in 2021. Certain people would still be able to get oxybenzone sunscreen with a prescription from a doctor.