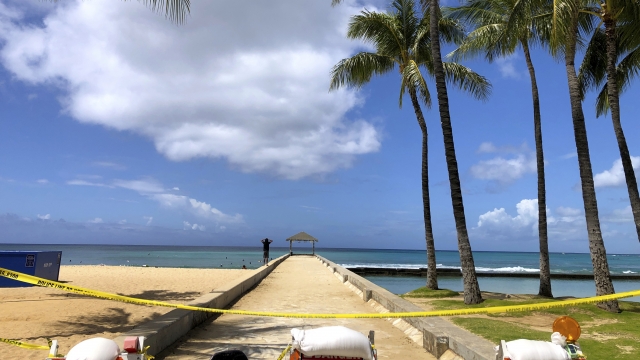 Many states are expanding their coronavirus response efforts by issuing executive orders that if violated could carry hefty fines or jail time.

For many, Hawaii is seen as a tropical escape from reality, especially during the coronavirus pandemic. But under new government rules, anyone traveling there must now self-quarantine for two weeks or face hefty fines and even jail time.

Gov. David Ige signed the decree Monday and it applies to all residents and visitors traveling between islands. Anyone that violates the order could face up to $5,000 in fines or a year in prison.

He said, "I cannot stress enough ... stay at home and self-isolate ... You need to remain vigilant. We cannot afford to let our guards down."

Officials said the quarantine rules will not apply to health care personnel or essential workers. And those traveling for medical reasons are also exempt.

A 62-year-old Florida traveler was arrested on the island of Kauai Tuesday for violating the new requirements. Authorities said he arrived to his hotel on Monday and was later stopped by police after he had left his room.

Hawaii is one of several states and cities threatening fines or jail time for people who violate self-quarantine or isolation orders. Maine is another state that recently announced stay-at-home orders.

That executive order will continue through April but will not apply to those making essential trips for work, groceries or medical reasons. Citizens can also partake in outdoor activities but must keep six feet of distance between one another. Violators could face up to six months in jail and fines up to $1000. For Newsy. I'm Gage Jackson.