Hawaii Volcano Has Slowed, But The Island Isn't In The Clear Yet 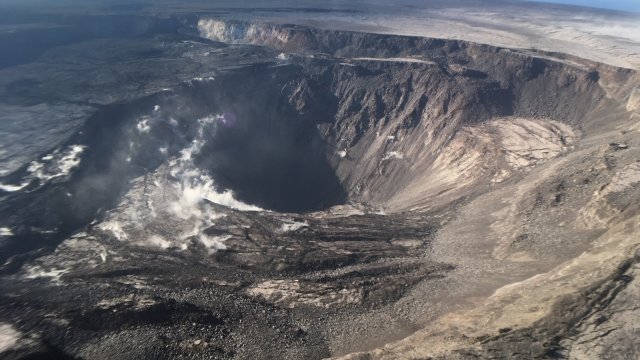 SMS
Hawaii Volcano Has Slowed, But The Island Isn't In The Clear Yet
By Caitlin Baldwin
By Caitlin Baldwin
August 8, 2018
More than three months after the Kilauea volcano started erupting, lava flow has finally slowed down.
SHOW TRANSCRIPT

Lava flow from Hawaii's Kilauea volcano has slowed down considerably, but officials say that doesn't mean the Big Island is in the clear yet.

The USGS said eruptions tend to "wax and wane," and fissures that are still active could have an outbreak at any time.

The Hawaiian Volcanic Observatory said it could be weeks or months until scientists feel "comfortable calling the eruption and the summit collapse over."

It's been more than three months since the Kilauea volcano began erupting. Since then, lava has covered nearly 14 miles of the island.

Officials say in order to declare that the eruption has fully stopped, there must be a significant pause in earthquakes in the region, a decrease in sulfur dioxide output from the volcano, and no further magma movement or explosive summit activity.