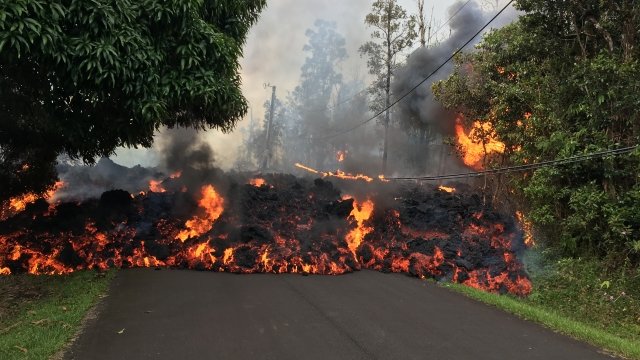 The governor of Hawaii requested a presidential disaster declaration to help respond to the Kilauea volcano eruption.

The volcano on Hawaii's Big Island started a series of dangerous eruptions last week, and lava streamed into nearby neighborhoods, destroying dozens of homes.

The U.S. Geological Survey says the biggest hazards to look out for there are rocks and other things being spit out from the volcano, as well as ash from an eruption.

Hawaii estimates responding to Kilauea's eruption could cost more than $2.9 million in the next month. But that number doesn't cover damage or large-scale evacuations, if that becomes necessary.