Babies Are Cute — But They Might Not Be Environmentally Friendly 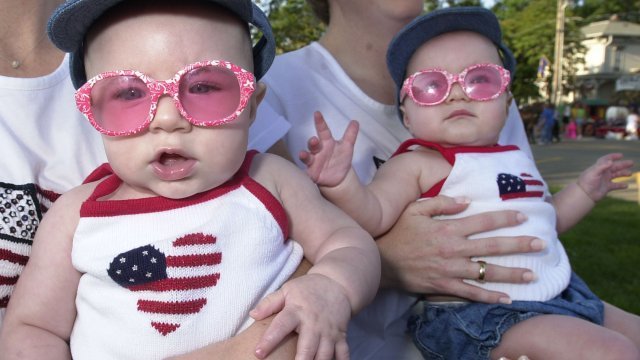 SMS
Babies Are Cute — But They Might Not Be Environmentally Friendly
By Gabrielle Ware
By Gabrielle Ware
July 12, 2017
A study found having one less child is the best thing an individual can do to fight global warming. But the option is rarely discussed.
SHOW TRANSCRIPT

Babies: They're adorable, but they aren't the best for the environment.

A new analysis published in Environmental Research Letters says having one less kid is over 24 times more effective at cutting carbon emissions than the second best option — getting rid of your car.

It's the single best way for individuals to fight climate change, but it's not one that gets talked about often.

The paper says the U.S. and other developed nations tend to recommend less effective actions that only have a low-to-moderate impact on emissions — things like recycling or upgrading your lightbulbs.

The researchers involved don't think people should abandon those smaller efforts. They just want governments to address the larger factors, too.

President Trump recently pulled the U.S. out of the Paris Climate Agreement, which aims to reduce emissions worldwide and prevent the most damaging effects of global warming.

Although thousands of mayors worldwide, including 130 from the U.S., are still committed to the goals of the Paris accord, it may be a good time to focus on individual efforts to reduce global warming.

The research team knows the idea of limiting offspring can be unpopular. One member said: “We recognize these are deeply personal choices. But we can’t ignore the climate effect our lifestyle actually has. It is our job as scientists to honestly report the data."

The U.S. emits the highest amount of carbon per person in the world, and the second highest as a country, behind China.