Have Mosquitoes Met Their Match? A New Dengue Vaccine Is Working 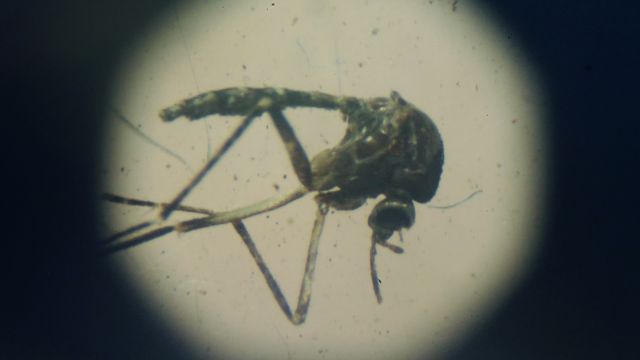 SMS
Have Mosquitoes Met Their Match? A New Dengue Vaccine Is Working
By Katie Link
By Katie Link
March 16, 2016
In a small study, participants who received the TV003 vaccine developed no symptoms of dengue fever.
SHOW TRANSCRIPT

Scientists are really, really close to fighting a fair fight against dengue fever.

The infection, which is spread by mosquitoes, affects more than 400 million people each year. But that number could plummet thanks to a new experimental vaccine called TV003.

Experts have been developing and testing vaccines for years, but a report from the National Institutes of Health released Wednesday indicates things are moving in the right direction.

One of the researchers on that study said: "To see that we got 100 percent protection against infection gives us great confidence in moving forward that the vaccine is going to work. So we were extremely excited."

They were so excited that researchers started a larger study. According to The Washington Post, the vaccine is now being tested on thousands of adults in Brazil.

While much less is known about the Zika virus, both diseases are spread by the same species of mosquito, and researchers are hopeful a similarly structured trial for a Zika vaccine would yield similar results.

This video includes clips from Cleveland Clinic, Voice of America and KHON and images from Getty Images.