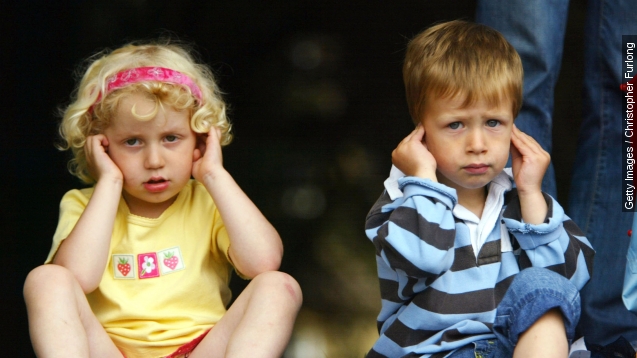 If you hate the sound of someone eating, you could have misophonia. It's an aversion to certain sounds and it could mean you're a creative genius.

If you've ever been annoyed by someone loudly chewing, slurping or smacking their lips during a meal, you're not alone. And it may be more than just an annoyance.

It could be a diagnosable condition called misophonia. Literally translated, it means "hatred of sound." But it's really just heightened sensitivity to certain noises, and almost 20% of the population could have some degree of it.

If you think you might suffer from misophonia, it could be because you're too creative. Researchers at Northwestern University determined that being unable to block out extra noise could be a sign of creative genius.

The study revealed "higher divergent thinking scores were linked with more selective sensory gating," meaning the more the sounds bothered you, the higher you scored on tests that measure creativity.

But that's small consolation. Having misophonia is no picnic, especially if someone at the picnic is eating chips.

So what do you do if someone is triggering it? Some researchers say, "Just deal with it."

Experts told the The Wall Street Journal people with misophonia should, "avoid ‘temporary Band-Aids,’ ... If you always put on headphones or move to another room, you aren’t fully participating in the relationship. The idea is to learn to tolerate the symptoms.”

But if someone loudly munching on a bowl of cornflakes is still stifling your creative genius, there are ways to work through it.

The technique worked more than 80% of the time, so maybe you won't have to plug your ears this Thanksgiving after all.