Has Wreckage From Missing MH370 Been Found? 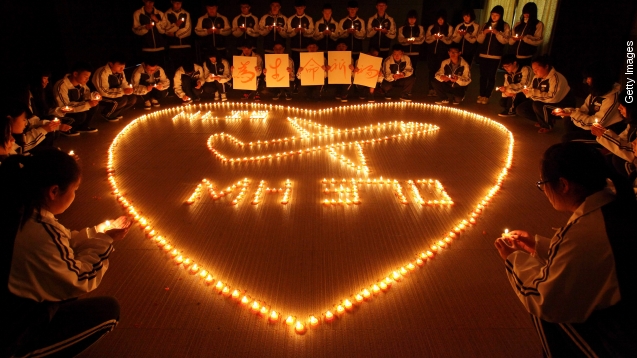 French investigators on an Indian Ocean island are trying to figure out whether a wrecked wing flap that washed ashore belongs to Malaysian Airlines Flight 370. If it does, it would be the first big break since the plane disappeared more than a year ago.

The wreckage was found on Reunion Island, a French territory east of Madagascar. Investigators said the wing flap is consistent with those found on a Boeing 777 — the same model of plane that disappeared.

A reporter for local news outlet Linfo.Re tweeted about a suitcase found Thursday morning in the vicinity of where the possible wingtip washed up.

While the find is promising, investigators still have more work to do to be sure the wreckage is from MH370. They must first ensure it's from a 777. A French aviation expert says part numbers and product codes could help make that link. (Video via Boeing)

And then there's the matter of figuring out where the debris came from: Reunion Island is thousands of miles from any suspected crash sites.

Malaysia's prime minster said the location where the debris was found is "consistent with the drift analysis provided to the Malaysian investigation team."

Malaysian investigation teams are now heading to Reunion Island and Toulouse, France, where the debris is being shipped.

The MH370 disappeared in March 2014 flying from Kuala Lumpur to Beijing. 239 people were on board.