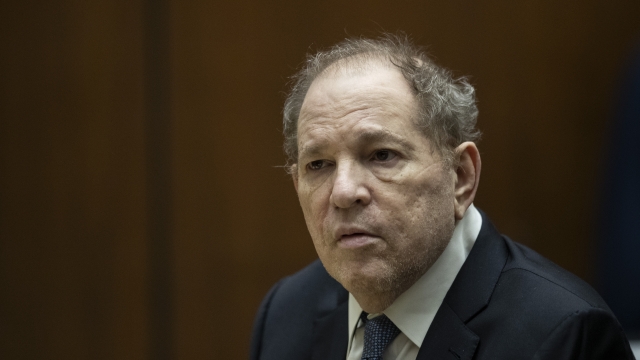 SMS
Weinstein To Face Jennifer Siebel Newsom, Other Accusers In L.A. Trial
By James Packard
By James Packard
October 12, 2022
Weinstein is currently serving a 23-year sentence in New York. If convicted in California, he would likely spend the rest of his life in prison.

An attorney for the once-powerful producer has said several of the women set to recount their experiences of sexual assault include well-known actors and models.

"One of the reasons that that’s allowed to happen or maybe even promoted in our society is because of the secrecy and shame that surrounds the act of sexual assault," University of New Haven Criminal Justice Professor Tracy Tamborra said.

The list of Hollywood A-listers who've accused Weinstein of harassment, assault and even rape is long.

Among them, actor and filmmaker Jennifer Siebel Newsom — the woman married to California's governor.

Her attorney, Elizabeth Fegan, confirmed to Newsy Tuesday that she will testify against Weinstein. 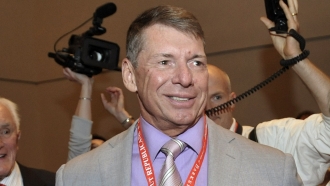 "Like many other women, my client was sexually assaulted by Harvey Weinstein at a purported business meeting that turned out to be a trap," Fegan told Newsy. "She intends to testify at his trial in order to seek some measure of justice for survivors, and as part of her life’s work to improve the lives of women."

"To have Mrs. Newsom come forward, take the stand — as a very public figure — it lends credibility to victims of sexual assault," Tamborra said. "The other side of me is [saying], 'Why do we always have to have somebody who's politically or economically or socially powerful? When does the average woman get her day in court and her say?'"

Now, he faces 11 more counts of rape and sexual assault involving five women, Newsom among them.

"New York has historically been more apt to go after high-profile defendants and so it's interesting to see that California is now doing so as well," Tamborra said.

Weinstein's conviction in California could land him in prison for the rest of his life — a fate sealed long ago, but only with the spark of a national movement to hold powerful, predatory men accountable.