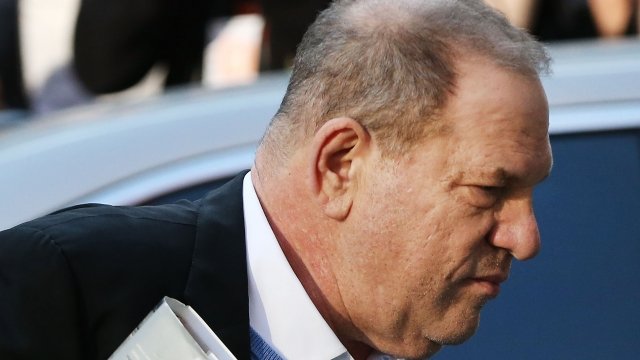 According to a statement from the New York City Police Department, Weinstein was arrested, processed and charged with rape, committing a criminal sex act, sex abuse and sexual misconduct. The charges stem from incidents involving two women.

Weinstein didn't enter a plea during court proceedings, though his lawyer told reporters outside the courthouse he plans to plead not guilty to all charges against him.

Weinstein agreed to post $1 million bail in cash, wear an electronic monitoring device and not travel outside of New York and Connecticut.

Dozens of women have accused Weinstein of sexual harassment, assault or rape. The Academy of Motion Picture Arts and Sciences expelled him in October, not long after he was fired from his production company.

Weinstein's next hearing is scheduled for July 30.