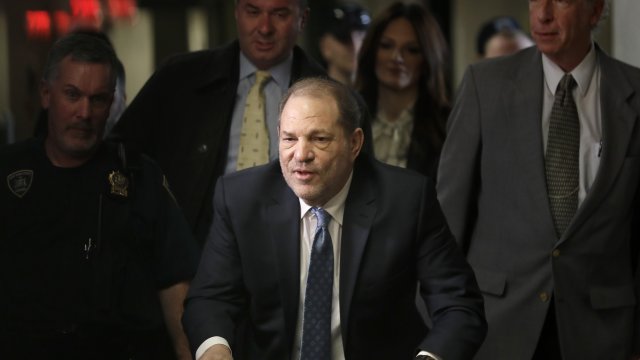 Former Hollywood movie producer Harvey Weinstein has been sentenced to 23 years behind bars.

A judge in New York handed down Weinstein's sentence Wednesday morning. He will also be supervised for five years after he's released and must register as a sex offender.

Last month, Weinstein was convicted of criminal sexual act in the first degree and rape in the third degree. But he was acquitted of two counts of predatory sexual assault, which were the most serious charges against him.

His trial focused on the testimonies of two women. One says he raped her in her hotel room in 2013, and the other says he forced her to participate in a sexual act in 2006.

Four other women also testified and accused Weinstein of similar crimes, but their allegations were either too old to prosecute or happened outside of the prosecutors' jurisdiction.