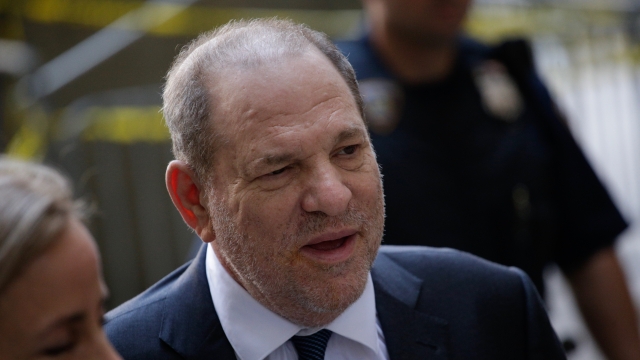 Harvey Weinstein's legal team is asking to have his trial moved out of New York City because of possible juror bias and "a circus-like atmosphere."

Weinstein's attorney, Arthur Aidala, filed the change-of-venue motion, requesting the trial be moved to Albany or Suffolk County. Aidala wrote in the filing, "New York City is the least likely place on earth where Mr. Weinstein could receive a fair trial."

According to the court filing, worldwide media coverage and what Aidala describes as social media hysteria "has universally demonized defendant and prejudged him as guilty, not just of the crimes charged, but of many, many others."

Weinstein's faces felony sex crime charges including rape and sexual assault. The trial is expected to begin Sept. 9, but the defense team has asked for a stay while a judge decides on whether or not to move the trial.