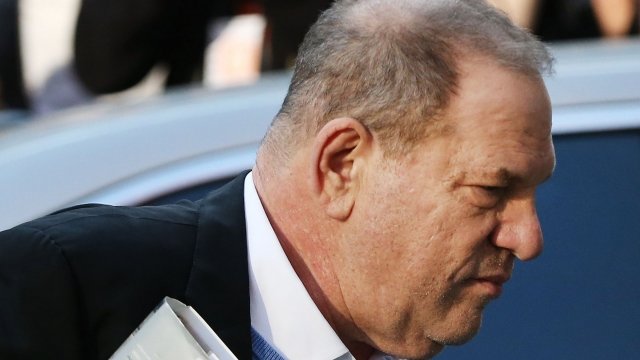 Weinstein's lawyers say his relationship with a woman who accused him of rape was consensual.

Harvey Weinstein's lawyers are seeking to have the most serious sexual assault charge against him dismissed.

According to new court filings, his attorneys plan to argue that the relationship the former movie producer had with one woman was consensual.

Weinstein is accused of first-degree rape with an unnamed woman in 2013. But his lawyers say there is evidence that the two were in a relationship and continued to be in one after the alleged rape.

A judge granted Weinstein's lawyers permission to submit a series of emails with that accuser to try to prove that point.

In all, Weinstein's been indicted on six felony charges of sexual assault in New York. He's also being investigated by police in London, Los Angeles and Beverly Hills.

He has denied all allegations of nonconsensual sex.