Harvey Weinstein Reportedly Set To Turn Himself In To Police 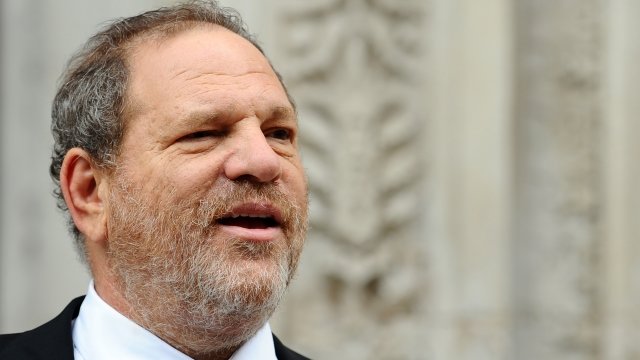 SMS
Harvey Weinstein Reportedly Set To Turn Himself In To Police
By James Packard
By James Packard
May 24, 2018
Weinstein's surrender comes just after reports he was under federal investigation.
SHOW TRANSCRIPT

Ex-movie producer Harvey Weinstein is reportedly going to turn himself in to police in Manhattan on Friday. This after reports he's under federal investigation.

The New York Times reports Weinstein will at least face charges tied to one woman's accusation that he forced her to perform oral sex on him. It's not clear if he'll face other charges, but prosecutors are reportedly investigating multiple claims against him.

Dozens of women have accused Weinstein of sexual harassment, assault or rape. The Academy of Motion Picture Arts and Sciences expelled him in October, not long after he was fired from his production company.