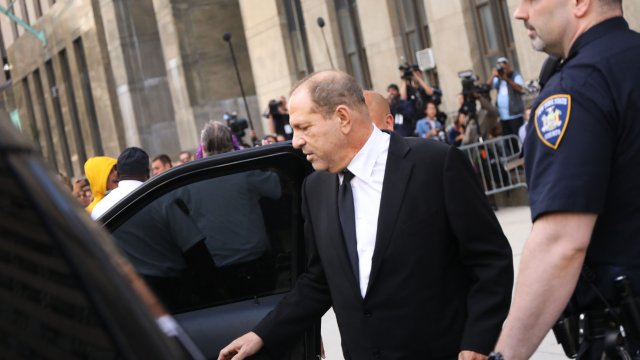 Harvey Weinstein has been indicted once again.

During an appearance in New York state court Monday morning, Weinstein pleaded not guilty to the new indictment, which includes revised charges of predatory sexual assault.

Prosecutors say the new indictment was necessary to put "Sopranos" actress Annabella Sciorra on the stand to testify against Weinstein. She has accused him of raping her in the early 1990s.

But Weinstein's legal team criticized the move as "unprecedented."

"I think these new charges show that they are desperate in the facts that they are going to put forth," said attorney Donna Rotunno.

Last week, Weinstein's lawyers asked to have his trial moved out of New York City because of possible juror bias and "a circus-like atmosphere." He's facing felony sex crime charges including rape and sexual assault.

The new indictment prompted the judge to push the start of Weinstein's criminal trial to early next year. It was originally supposed to begin Sept. 9.