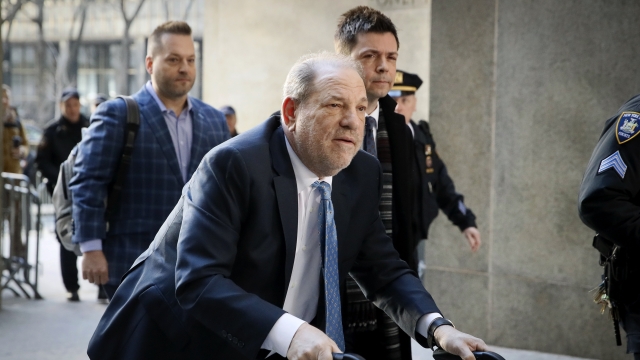 SMS
Harvey Weinstein Moved To Rikers Island After Undergoing Heart Surgery
By Katherine Biek
By Katherine Biek
March 6, 2020
He was taken to a hospital for chest pains after a Manhattan jury found him guilty of two charges on Feb. 24.
SHOW TRANSCRIPT

Harvey Weinstein has been transferred to the Rikers Island jail complex after spending more than a week in a New York City hospital.

Weinstein was taken to Bellevue Hospital for chest pains after a Manhattan jury found him guilty on Feb. 24 of criminal sexual act in the first degree and rape in the third degree.

A spokesperson for Weinstein told multiple news outlets that he underwent heart surgery Wednesday during which doctors implanted a stent to open up a blockage. She added that he is now being looked after in the jail's infirmary unit.

A judge ordered Weinstein to remain in jail until his sentencing date on March 11. Weinstein faces up to 29 years behind bars for the two charges.