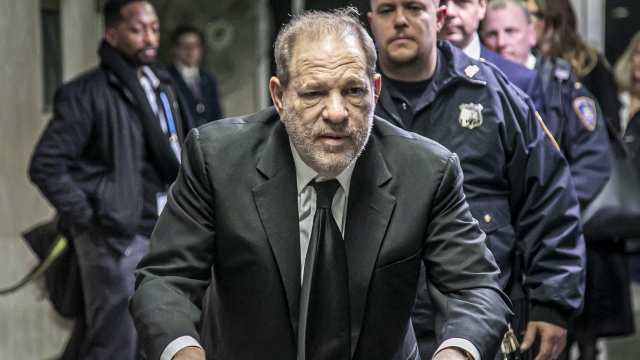 Harvey Weinstein has been moved from New York City's Rikers Island to a maximum security prison near Buffalo.

State prison officials told reporters the former movie producer was transferred to Wende Correctional Facility Wednesday. It's unclear how long he'll be there. But during his stay, authorities will determine which state prison meets his security, medical, mental health and other requirements.

Earlier this month, Weinstein was sentenced to 23 years behind bars after a jury found him guilty of rape and sexual assault.

A spokesperson for Weinstein told the Associated Press the decision to move him to the maximum security facility was "harsh." His legal team has said it will file an appeal in the coming months.