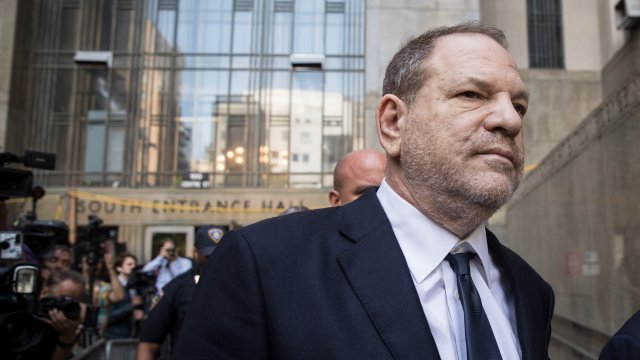 Another woman is suing Harvey Weinstein for alleged sex trafficking.

A German actress alleges Weinstein raped her in France during the 2006 Cannes Film Festival. She filed a lawsuit against the mogul on Monday accusing him of violating human trafficking laws, assault, battery and false imprisonment.

The suit was filed just under a week after a judge said another actress could proceed with her sex trafficking suit against Weinstein.

An attorney for Weinstein says he denies taking part in any "non-consensual sexual activity."