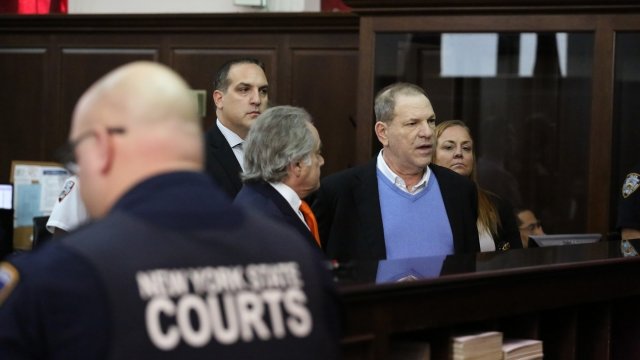 Weinstein was the first big fish in the entertainment industry to fall after recent accusations of sexual misconduct. His downfall propelled #MeToo into a national movement that continues to grow across various industries in the U.S.

Weinstein is also reportedly the subject of a federal investigation.

The charges in New York stem from allegations involving two different women who say the producer assaulted them in 2004 and 2013. Weinstein's attorney said he plans to plead not guilty.