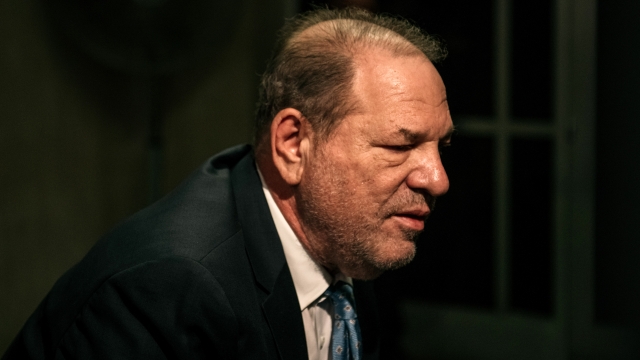 SMS
Harvey Weinstein Found Guilty Of Rape, Criminal Sexual Act
By Briana Koeneman
By Briana Koeneman
February 24, 2020
Weinstein was convicted on two of the five counts against him — criminal sexual act in the first degree and rape in the third degree.
SHOW TRANSCRIPT

A jury in New York has reached a verdict in the sexual assault trial against Harvey Weinstein  after 26 hours of deliberations.

The former Hollywood producer was convicted on two of the five counts against him — criminal sexual act in the first degree and rape in the third degree.

But he was acquitted of two counts of predatory sexual assault, which were the most serious charges against him.

The trial began early last month. As Newsy previously reported, it focused on the testimonies of two women. One says he raped her in her hotel room in 2013, and the other says he forced her to participate in a sexual act in 2006.

Four other women also testified and accused Weinstein of similar crimes, but their allegations were either too old to prosecute or happened outside of the prosecutors' jurisdiction.

Weinstein is facing five to 25 years behind bars on the criminal sexual act charge, and up to four years in prison for the rape charge. A judge ordered him to remain in jail until his sentencing date.