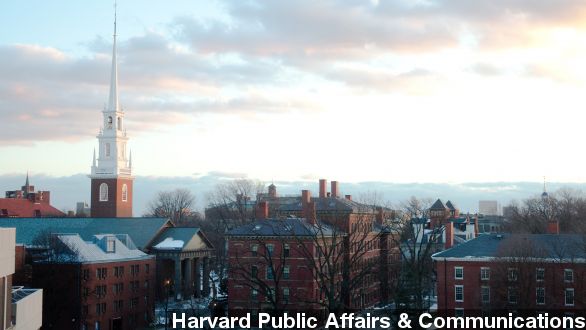 Harvard University concluded its four-year-long tussle with the U.S. Department of Education on Tuesday over how the prestigious institution's law school handles sexual harassment and sexual assault cases.

The department's Office for Civil Rights came to the conclusion that Harvard's law school ultimately failed to comply with Title IX, which prohibits gender discrimination at schools that receive federal funding.

According to the OCR, the law school did three things wrong: It didn't let one person who filed a complaint equally participate in the way the case was processed, it did not properly train those who implement Title IX procedures and it used a "clear and convincing evidence" standard of proof.

The difference here is that the latter, which Harvard had been using until it made changes this summer, puts a larger onus on the defendant to prove his or her claim. A preponderance of evidence only requires an accusation be more likely true than not.

On its part, Harvard released a statement saying that, "As the conversation about sexual assault at colleges and universities spread to campuses across the nation, Harvard recognized that, like many peer institutions around the country, we could and should do more."

Harvard already implemented some changes to its sexual assault process over the summer, but not everyone has come out in support of them.

In October, 28 faculty members of the Harvard Law School issued a statement through The Boston Globe saying they strongly objected to the policy changes. To them, the policy was now unfairly slanted against the accused.

And The Washington Post says Tuesday's settlement is just another example of just how much the Obama administration's interpretation of Title IX has recently spread across the nation.

According to the Post, as of Dec. 24 there are 92 schools being investigated by the OCR over Title IX cases.

This video includes images from Getty Images and Harvard Public Affairs and Communications.