Harvard To Close In-Person Classes Due To Coronavirus 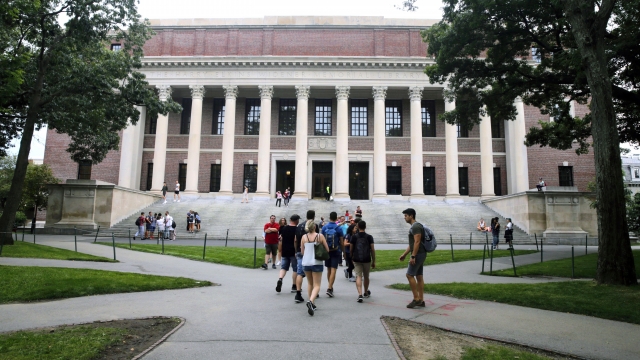 Harvard University has announced that it is shutting its campus to students and moving all classes online in an attempt to prevent the spread of the coronavirus.

The university president told students Tuesday to not return to school after spring break ends March 23rd and that "the decision to move to virtual instruction was not made lightly."

Harvard is the latest of several high-profile U.S. universities to adopt similar policies. Columbia University, Princeton University and Stanford University have told students to stay away from classrooms as the coronavirus approaches 800 U.S. cases, according to Johns Hopkins University.

Additionally, Houston's Rice University and the University of Washington in Seattle have moved classes online after employees tested positive for the virus. Washington is the hardest hit state — with 23 deaths.