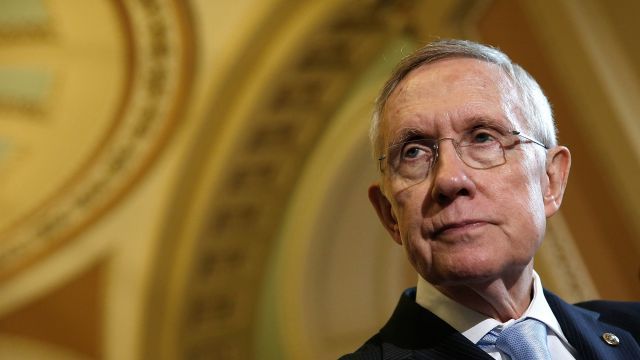 According to Harry Reid, the future of the Democratic party is ... "old."

In a wide-ranging interview with New York Magazine, the outgoing Senate minority leader was asked if he would support a Joe Biden run for president in 2020.

Add Hillary Clinton into the mix, and it's still an old group. If Clinton were to run again in 2020, she'd be 73 years old.

Just to be clear, Vice President Biden joked about running in 2020 but was quick to clarify he's just "not committing not to run."

But so far, no one has committed to running for president in 2020 — except Kanye.