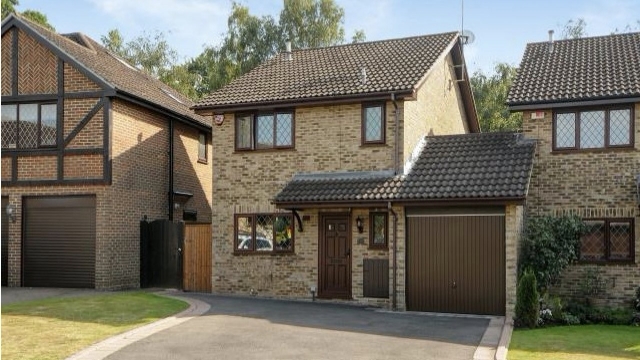 SMS
Harry Potter's Childhood Home Is For Sale
By Ryan Biek
By Ryan Biek
September 19, 2016
The house used for filming in the first Harry Potter movie is on the market.
SHOW TRANSCRIPT

You can live just like Harry Potter did, but without the sleeping in a cupboard under the stairs part.

Remember the Dursley's home? For just under $620,000, you can get the real-life one used in the franchise's first movie.

Granted, this doesn't represent the happiest moments of Harry's life, but for some reason Hogwarts School of Witchcraft and Wizardry isn't up for sale.

The house has been renovated a bit since it first hit the screen in 2001. The online advertisement mentions a refitted kitchen, a new driveway and an upgraded alarm system.

It also has three bedrooms in case your budget calls for some roommates who are equally fanatic.

Weirdly enough, the online advertisement doesn't mention the house's role in the Harry Potter franchise at all. The closest nod to a wizarding reference is the cloak room, but we're guessing there aren't any invisibility cloaks hanging back there.

The house does come with a pretty spacious backyard, so if we were going to toss in a Quidditch joke, now would be the time.

If you do end up buying this house, just remember your new address will be 12 Picket Post Close, not No. 4 Privet Drive.