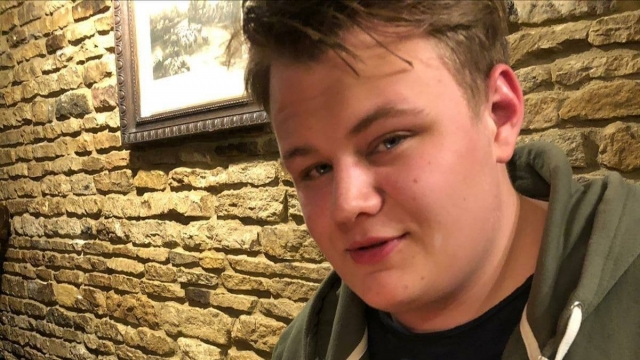 The family of a 19-year-old killed in a crash involving the wife of a U.S. diplomat are suing both the wife and the Trump administration.

Harry Dunn died in August after his motorcycle collided with Anne Sacoolas' car in the U.K. His family is suing Sacoolas for civil damages. Her lawyers say she was driving on the wrong side of the road at the time of the crash.

Lawyers for the Dunn family allege the White House engaged in "lawless misconduct and attempt[ed] to cover that up."

The family met with President Donald Trump at the White House in mid-October. Their lawyers say they felt ambushed when the president repeatedly asked them to meet with Sacoolas, whom he told them was waiting in the next room. The Dunns refused, saying they would meet with Sacoolas if she returned to the U.K.

Sacoolas left Britain and returned to the U.S. She claimed diplomatic immunity under a 1961 Vienna Convention status that protects diplomats and their families from prosecution while they're living abroad. But the BBC reports the U.K. and U.S. have agreed that since she returned home, she's forfeited that immunity.

The Dunn family's lawyer said in a statement, "No one is above the law and the family are determined to ensure that this never happens to another family again."