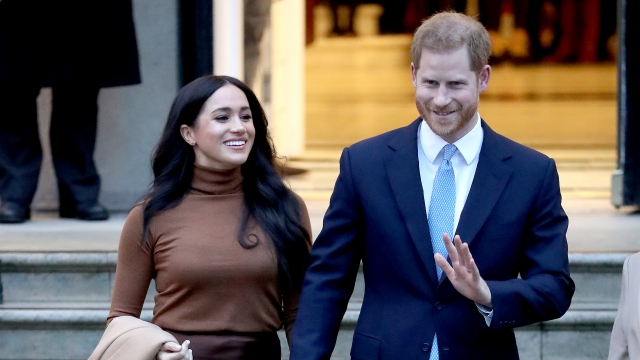 SMS
Harry And Meghan Will Drop 'Royal' Tag From Their New Brand
By Bailey Vogt
By Bailey Vogt
February 22, 2020
This follows the duke and duchess' announcement that they would be stepping back from their royal duties as members of the British royal family.
SHOW TRANSCRIPT

Prince Harry and Meghan announced they would be dropping the term "royal" from their official branding.

A spokesperson for the Duke and Duchess of Sussex announced Saturday they won't be naming their new foundation "Sussex Royal" because of the United Kingdom's laws surrounding the term.

The clarification follows Harry and Meghan's announcement that they are stepping back from official duties to live a less stressful life, with less scrutiny than active members of the British Royal family.

Despite this, the couple originally applied for copyrights on hundreds of different products and foundations using the term "royal." They said in their statement they do not intend to use the term "in any territory post-Spring 2020.”

They will be formally free of royal duties on March 31 and are expected to split their time between Canada and the U.K.

Correction: A previous version of this story incorrectly said the duke and duchess would live in Canada. They are expected to split their time between Canada and the U.K. This story has been updated.