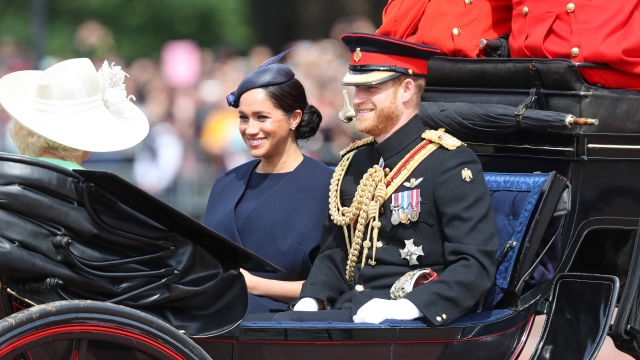 SMS
Harry And Meghan May Have To Stop Using The Word 'Royal' In Branding
By Caitlin Baldwin
By Caitlin Baldwin
February 19, 2020
Their "Sussex Royal" branding is under review after the couple announced they would "step back as 'senior' members of the royal family."
SHOW TRANSCRIPT

Prince Harry and Meghan, the Duchess of Sussex, may have to stop using the word "royal" in their official branding.

The couple have branded their social media accounts and website with the name "Sussex Royal" and have plans to use the name in a foundation they are creating. But ever since since they announced their decision to "step back as 'senior' members of the royal family" and "become financially independent," their use of the term has been in question.

A royal source told multiple outlets that Harry and Meghan's use of the word needed to be reviewed and is currently being discussed. That source said the couple would "likely" not use the term.

While that issue is still up in the air, we do now have information on when the couple will officially step back from their royal duties.

The BBC reports March 31 will be their last day. They'll will review their agreement with the royal family after 12 months.

The duke and duchess will reportedly attend six more events before their exit. Any appearances after March 31 will be in representation of their charity, not the royal family.