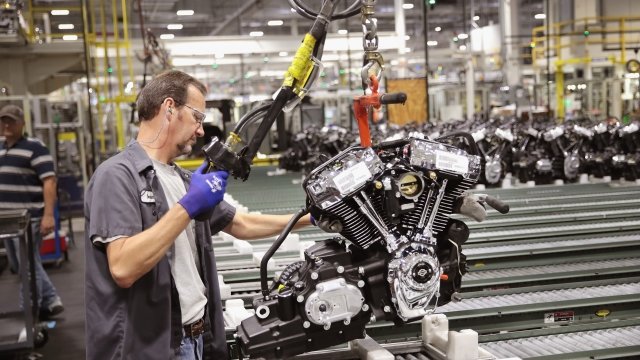 Harley Davidson is moving some of its production out of the U.S.

The company said tariffs on its motorcycles from the European Union increased from 6 percent to 31 percent, and it estimates that will cost an average of $2,200 per motorcycle exported.

So to get around those new fees, Harley Davidson plans to move production of its European-model motorcycles overseas.

But moving production of those bikes will take some time, and the company doesn't want to pass the tariff costs on to its dealers and customers in the meantime. So it estimates it will lose $30 million to $45 million over the next six months.

The new EU tariffs were put in place in response to the Trump administration's steel and aluminum tariffs.

The company didn't say if it will need to lay off any American workers as production is moved out of the country.